Twitch Plays Tomodachi is a social experiment where viewers from Twitch chat are given control of a 3DS that is playing Tomodachi Life. The stream uses a real o3DS with a 3DS Capture Card installed outputting to OBS. I wrote a custom python script that takes in commands from the twitch chat and sends them to the 3DS over wifi using Luma3DS’s built-in Input Redirection.

Season 1 of Twitch Plays Tomodachi began on January 1st, 2018 and was originally slated to end on February 1st of the same year. However, there was growing interest in the stream around this time, so Season 1 continued until March 7th, 2018 when I was unable to maintain the stream on my own. A little over one year after initially launching, Twitch Plays Tomodachi came back with Season 2 on January 6th, 2019 and ran until July 23rd, 2019. Finally, the stream returned with Season 3 on September 1st, 2021 and eventually stopped following a Seasonal format from November 30th, 2021 to February 28th, 2022 when the stream ended for the last time. 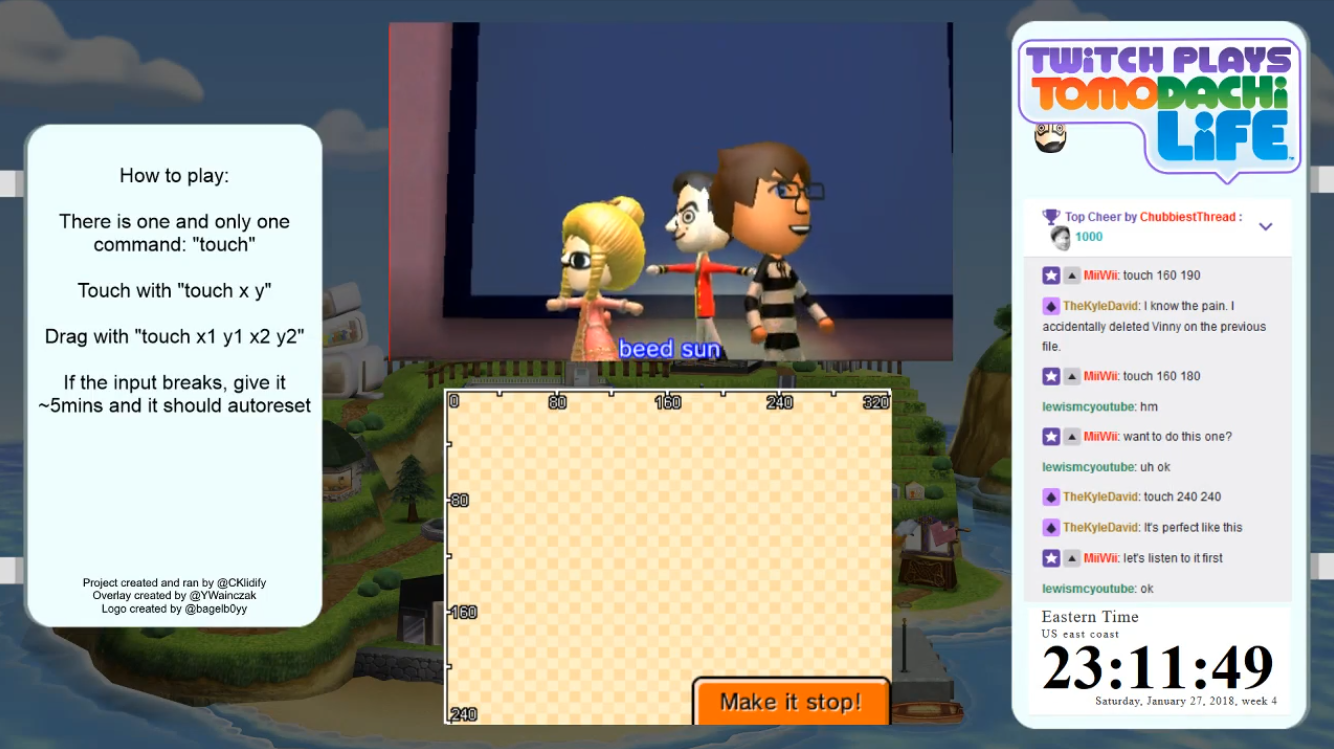 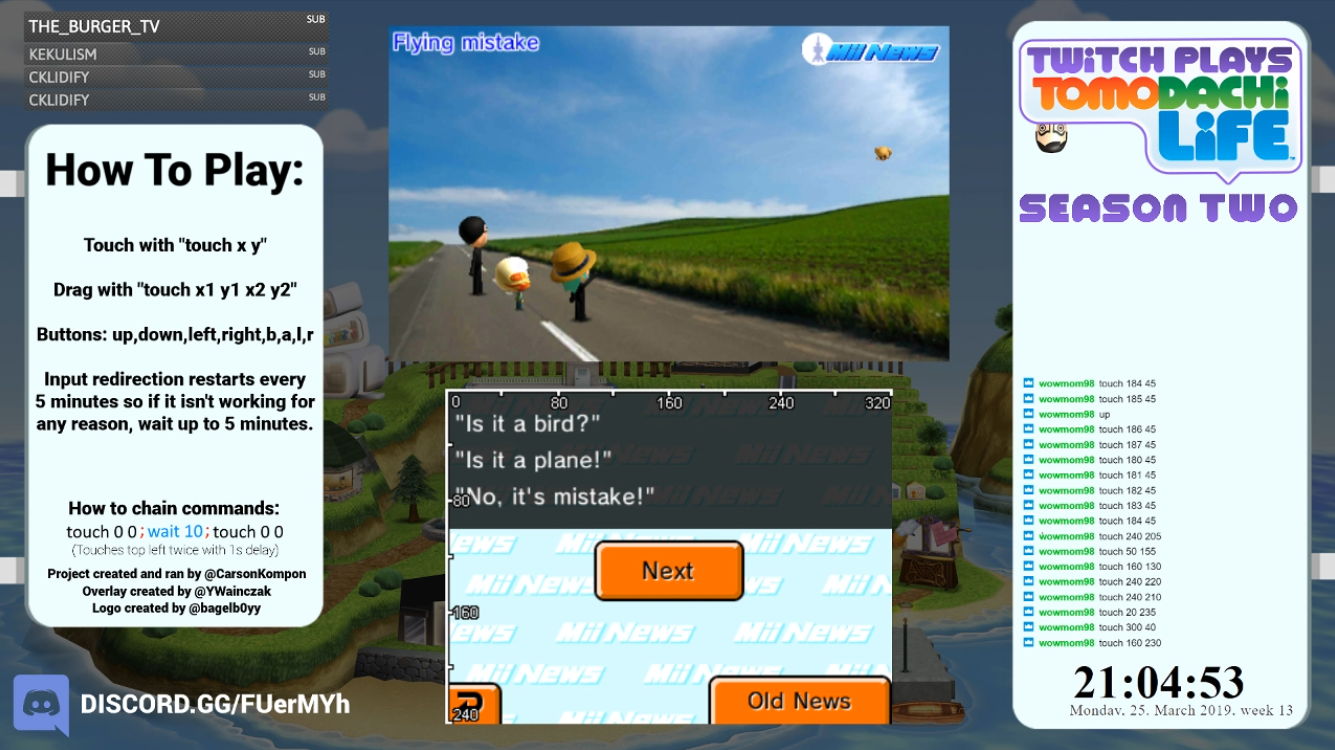 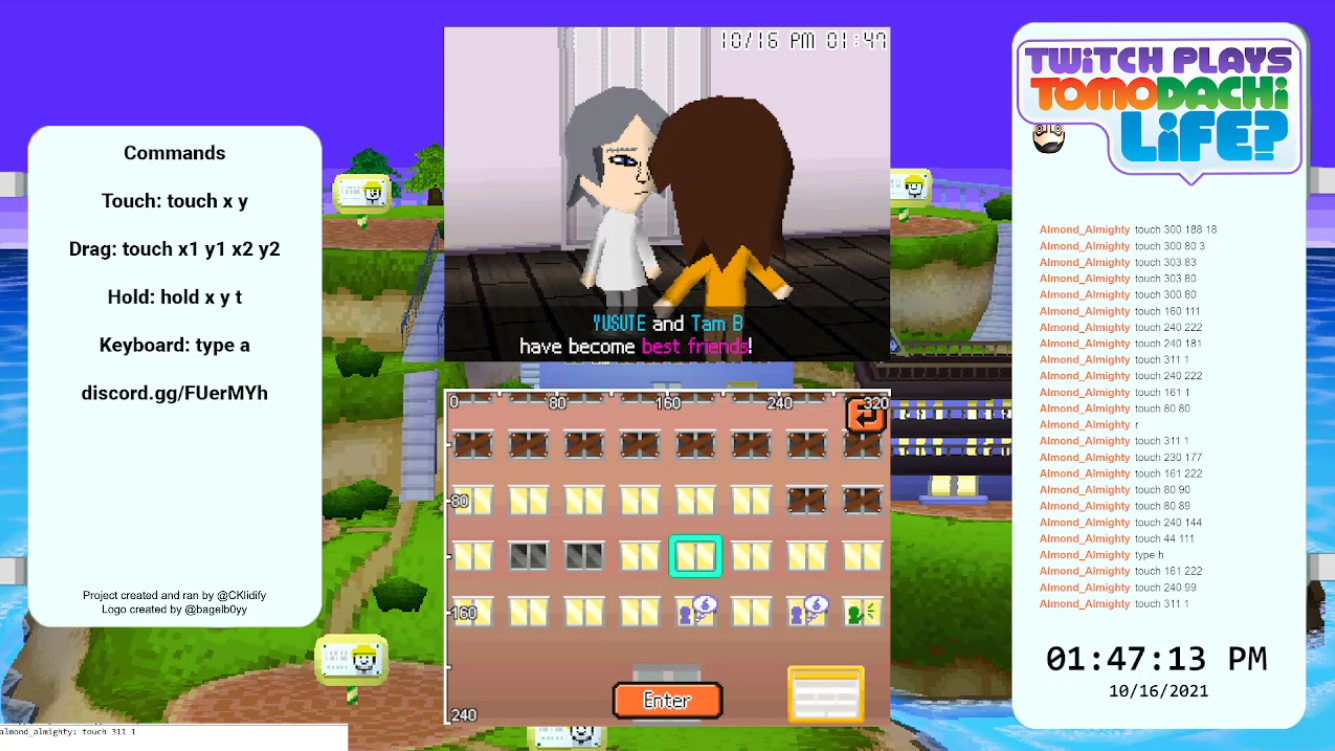 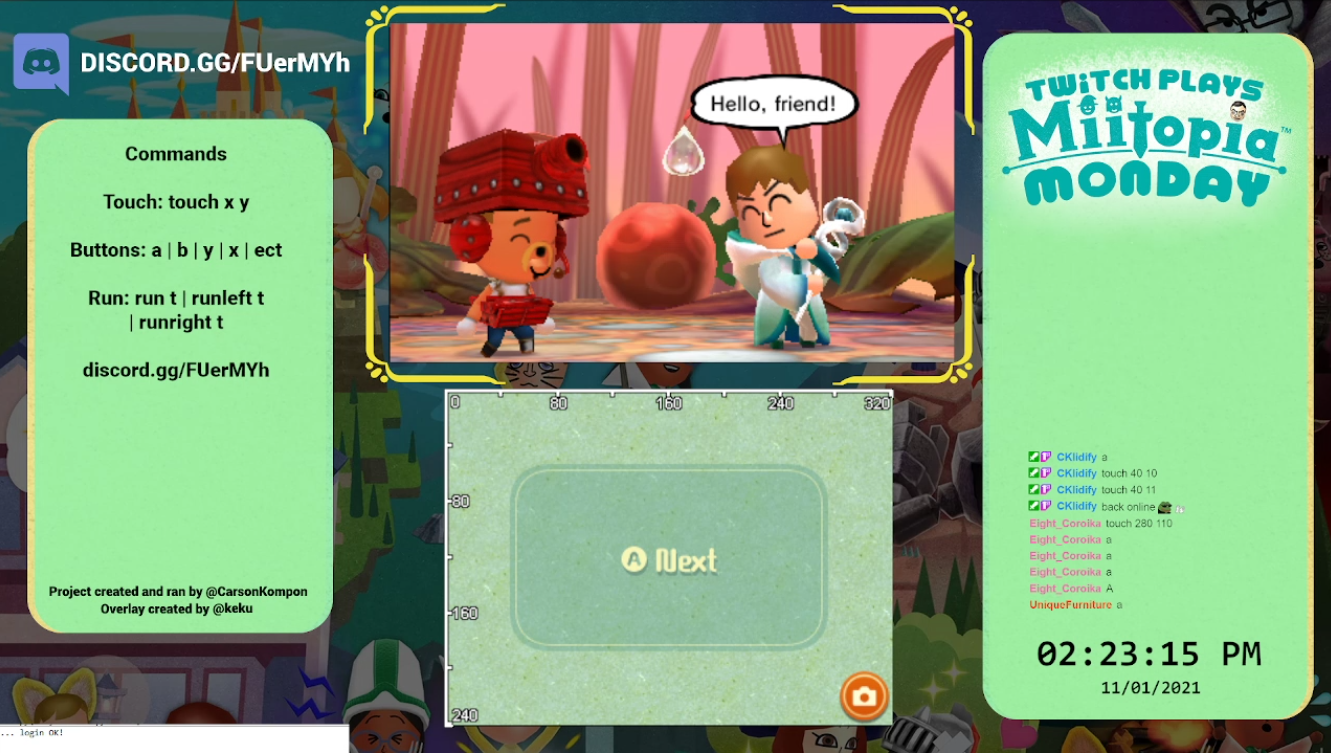