Stealthscape was a passion project that I worked on for a little over 4 years. While I was the sole programmer, artist and musician, I still got help from a ton of folks that I could not have finished the game without. Laura concepted the game’s UI and menus for me, Nommiin was a huge help when it came to Steam Workshop integration, and I had countless people playtest the game and give excellent feedback. Thank you to everyone who made this project possible

Stealthscape is a top-down momentum based speed game that has you pitted against a wide variety of enemies and obstacles while you try to quickly make your way to the portal at the end of the stage! There’s tons to explore from campaign stages created by a variety of people, to workshop maps created by people around the world with the built-in stage editor. Unlock customization options for your ship while playing and truly take control of the game. 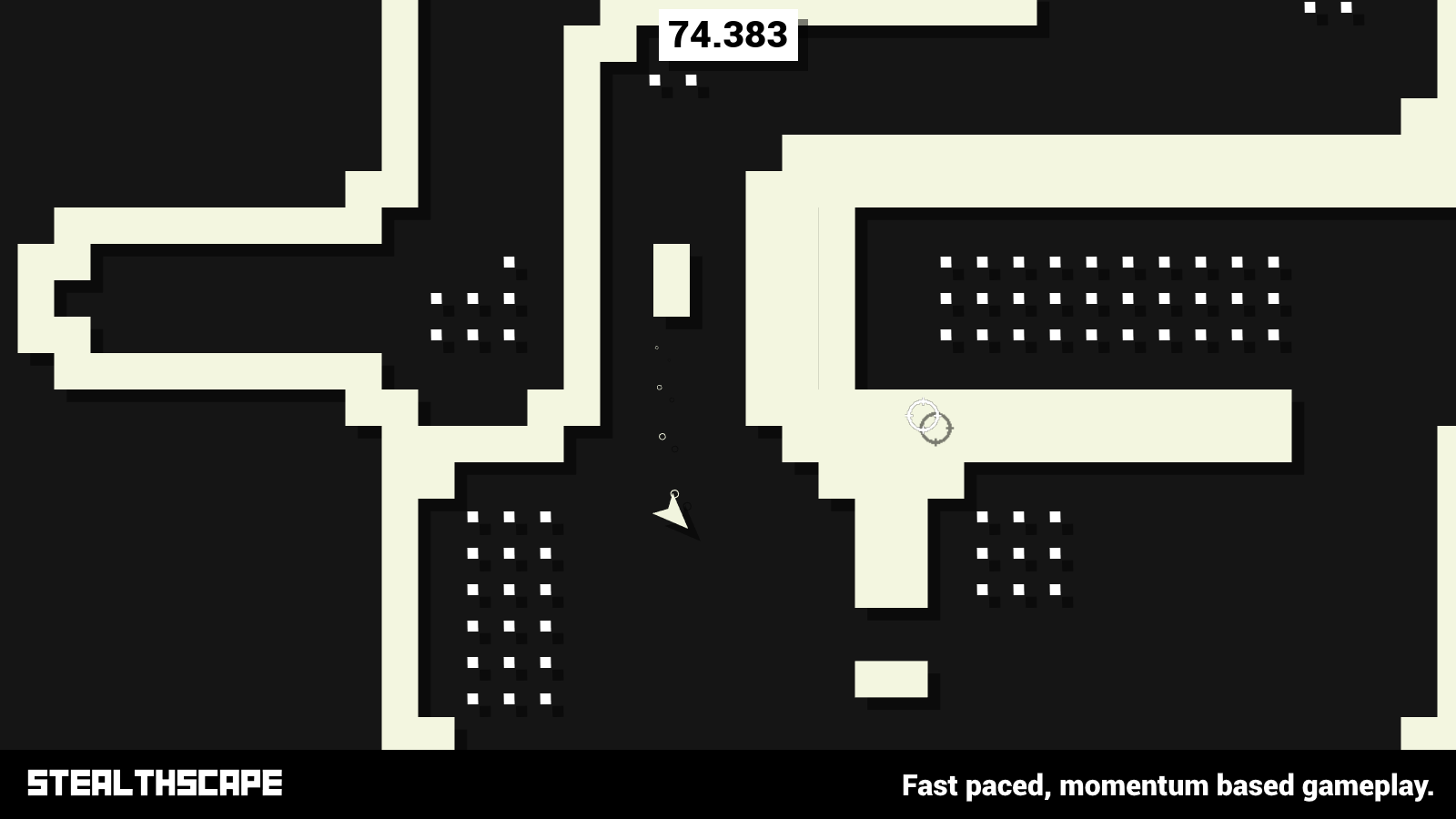 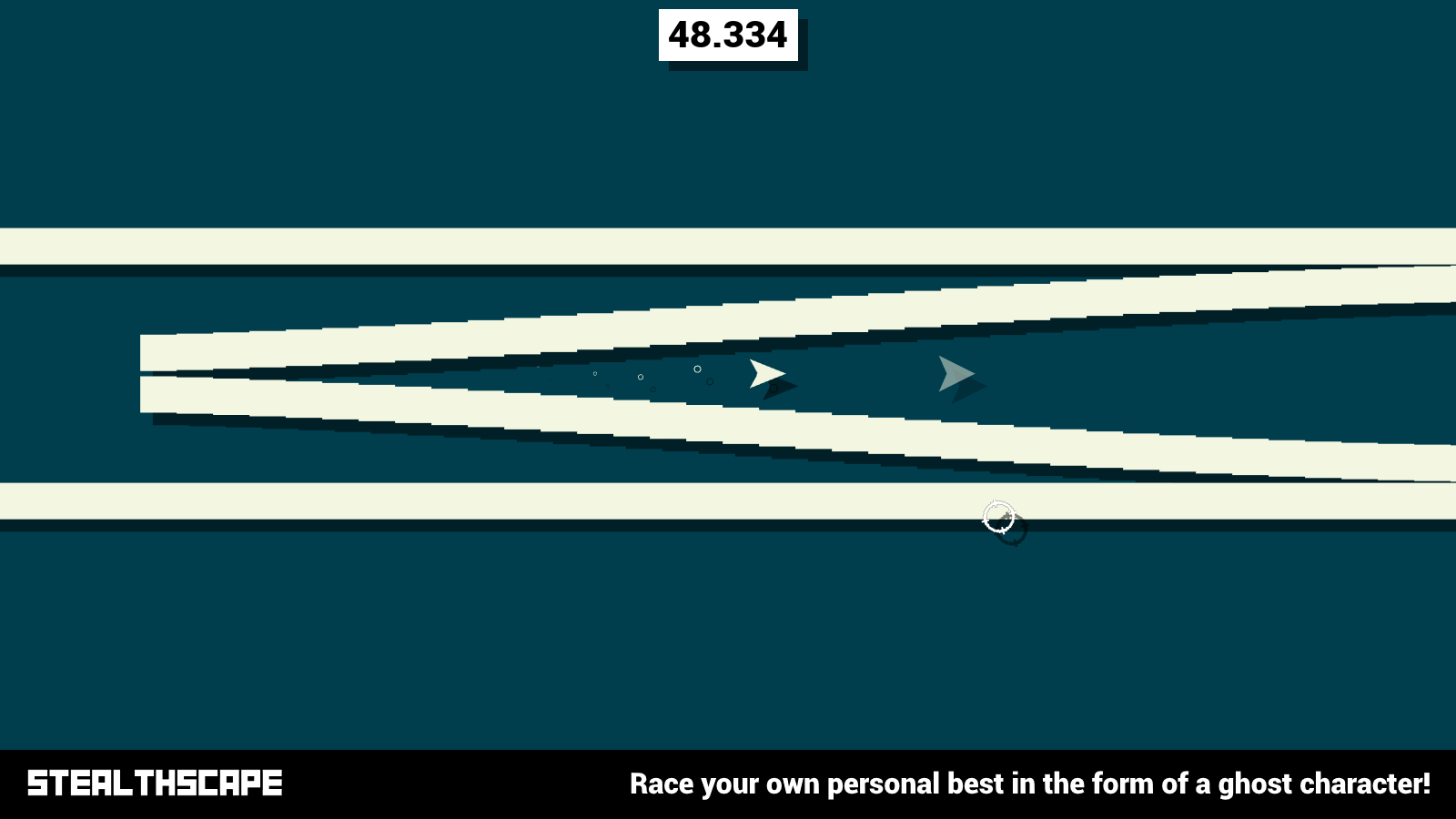 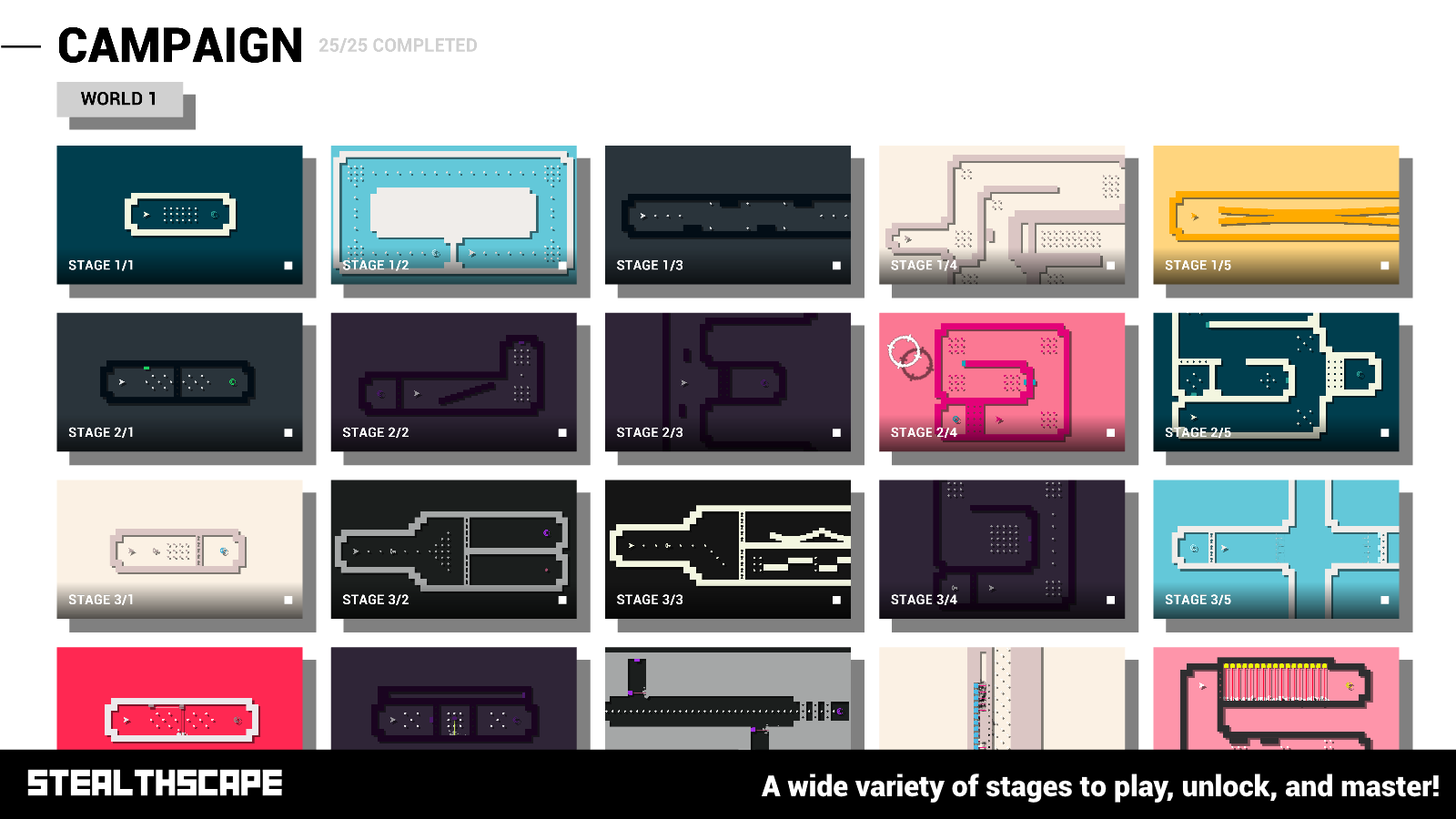 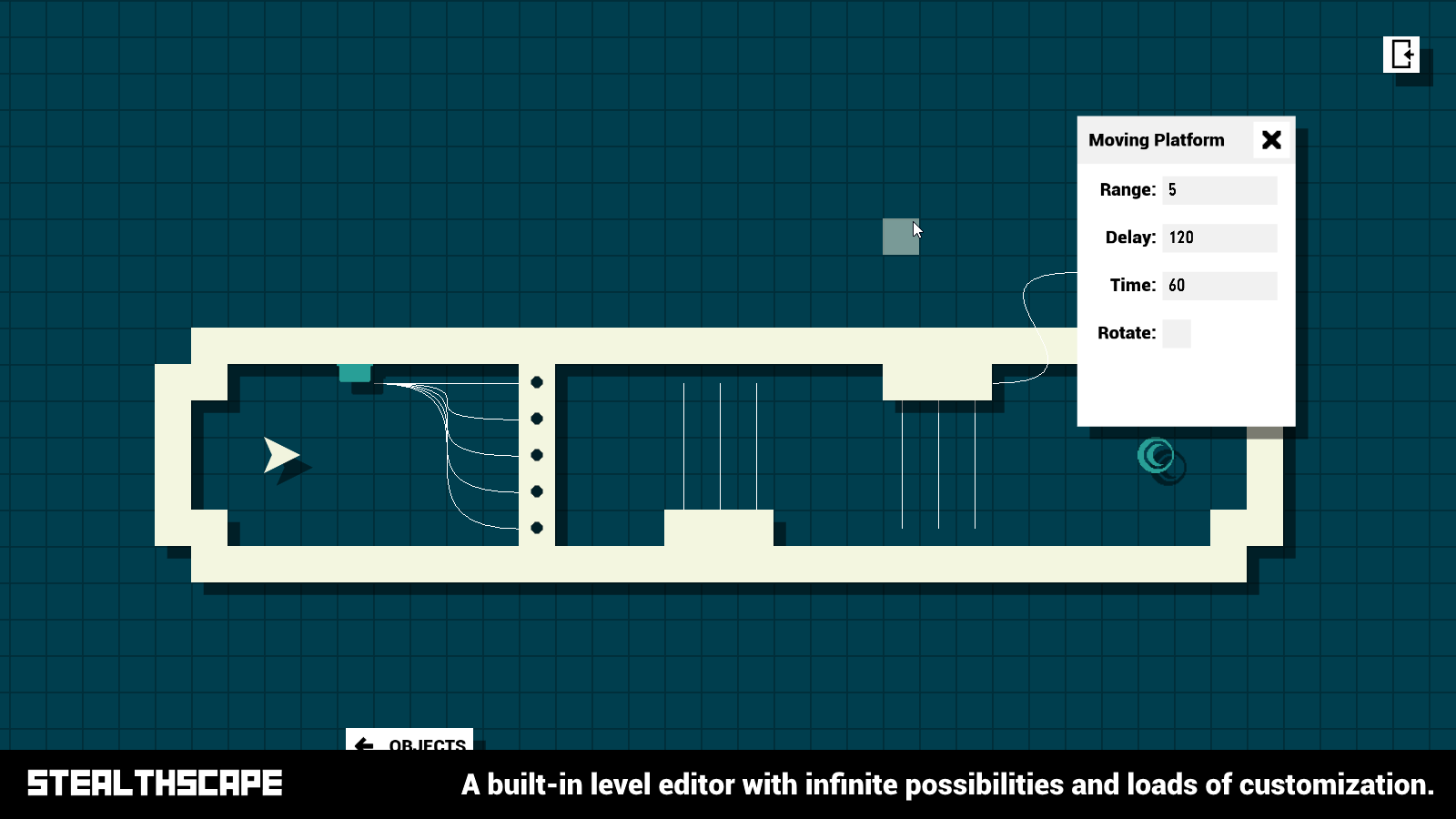 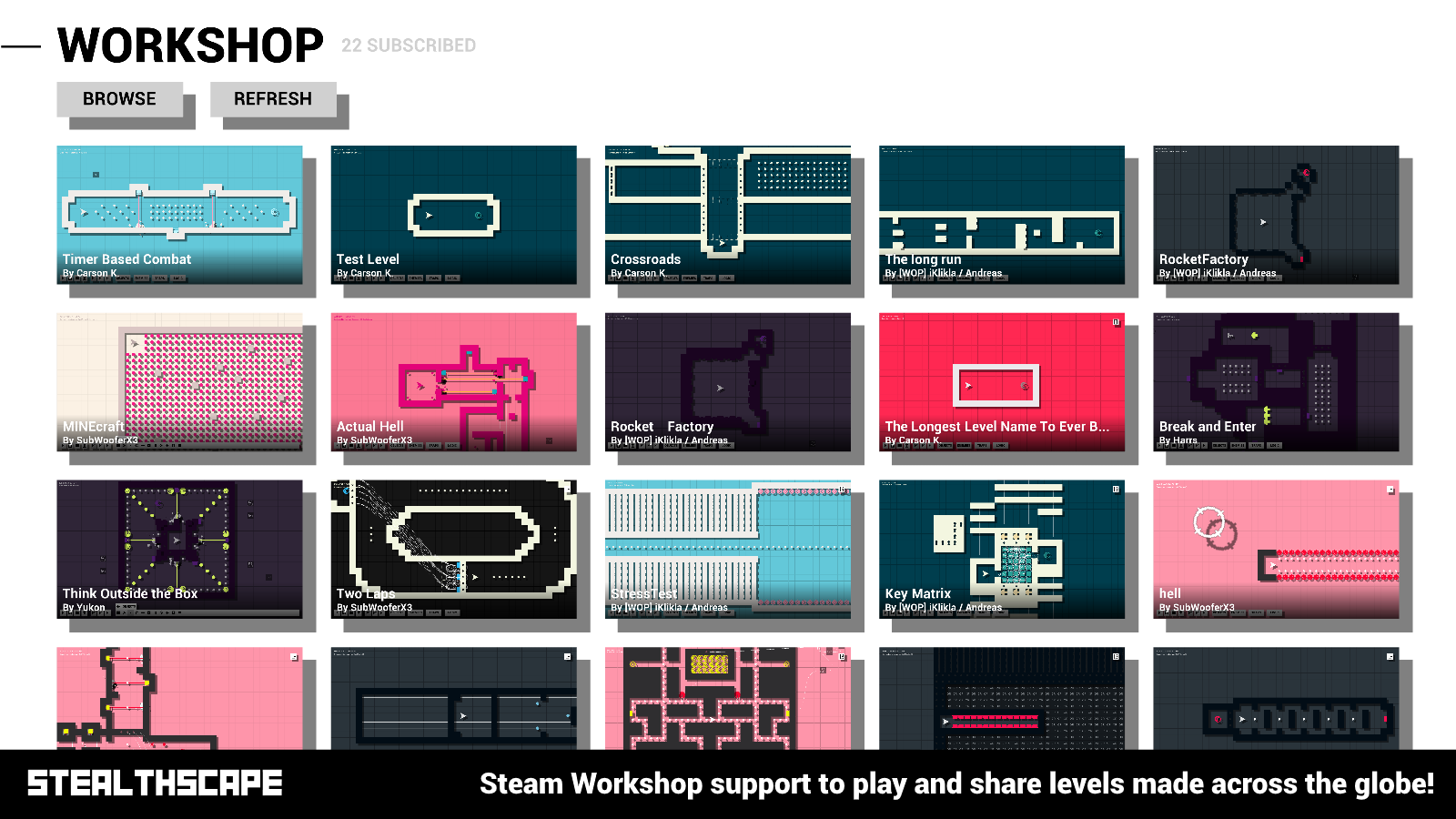